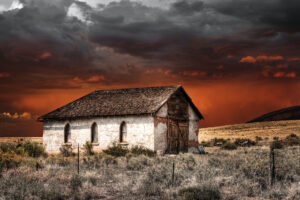 One of just two photographers in New Mexico holding both the Master Artist and Master Photographer degrees (as designated by the Professional Photographers of America – “PPA”), Dennis specializes in Southwestern Art photography, selling his artwork in galleries in Albuquerque, Santa Fe, Bernalillo, Madrid and Corrales. His photographic art ranges from pure unedited photographs to extensive Photoshop composites. He is a student of the science of creativity, and focuses on the theories of Shelley Carson of Harvard University.

The son of a lifetime Eastman Kodak employee, Dennis grew up in Rochester, New York and had his first medium format camera (a “hand me down” from his father) when he was seven. He worked at Kodak’s Dallas Processing Lab while he was in college, gaining an uncensored view into some of life’s most private moments as recorded on Kodachrome film. His father, the plant manager, developed the famous Zapruder film of the Kennedy assassination, becoming forever linked with conspiracy theorists.

Dennis was PPA’s New Mexico Photographer of the Year for 2011 and 2018. He has been a bronze, silver, platinum and diamond medalist in PPA’s International Photographic Competition during the past eight years, including 2016 when he was one of eleven photographers worldwide to earn a diamond medal in the Master Artist Category.

The attraction that the Southwest had for Georgia O’Keefe – the skies, the terrain, the romance, the mystique and the people – brought me here in 2007. Many of my New Mexico photographer friends travel half of the year to exotic destinations all around the world, but I would rather photograph the land and people that move me the most, here in the Southwest.

In my photography you will see New Mexico and other Southwest scenes through my eyes and my heart. My techniques start with the camera but things rarely end there. Often, nothing more is required. But at other times this is just the starting point, and I will twist, turn, stretch, squeeze, or combine my photos before they can effectively illustrate the drama and intensity of my own personal Southwest reality. To attempt to communicate that intensity, that reality -- that is the goal of my photographic art.