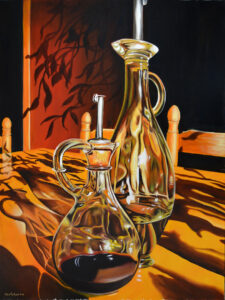 Sarah came to painting after pursuing four earlier careers. She began her adult life as a classical cellist, playing chamber music, in symphony orchestras, and teaching in North, South, and Central America. She then developed an early learning Spanish program and taught young children through schools and daycare centers as well as privately. Later she built a service business which she owned and operated for almost nine years. During that time Sarah returned to school and earned a Masters in Counseling. She worked in Mental Health in a great variety of settings for 12 years before turning to painting which she now does full-time. Sarah has had numerous shows in the Albuquerque area over the last few years and has won several awards, including the Madonna Daniel Emerging Artist Award in 2007. She currently shows at MoRo Gallery in Albuquerque and Kagan & Baron in Montrose, Colorado. 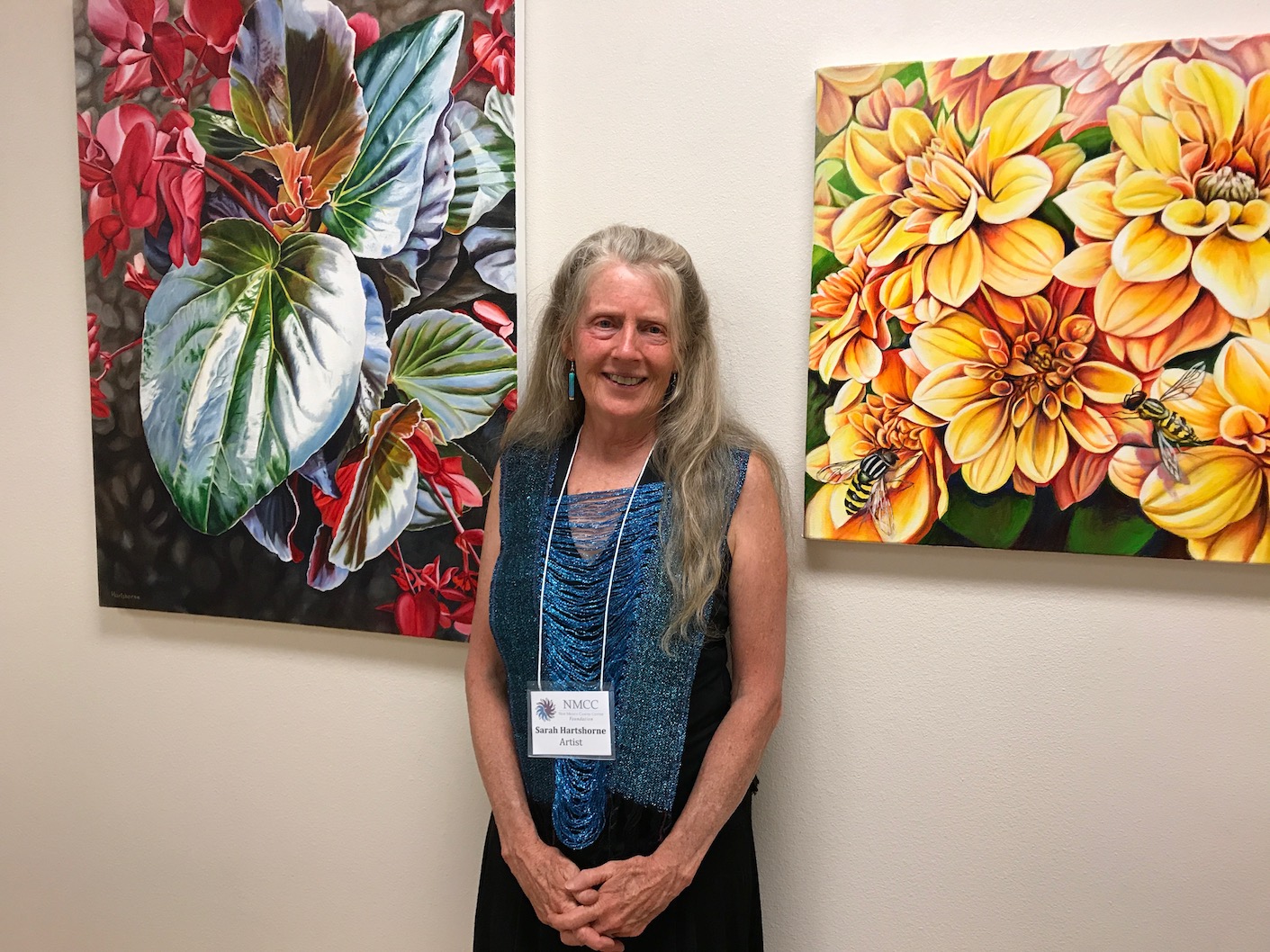 My mother-in-law used to say, “Life is bitter enough, Sarah. At least put sugar in your coffee.” I never did, nor do I drink coffee any longer. But I do believe life is bitter enough, especially in our overworked, over-technological age where productivity is the name of the game, and the proverbial bottom line is the ultimate measure. In my work I strive to discover the beauty that surrounds us and bring it into focus. In short, is life worth living if we do not stop to smell the flowers? This does not necessarily involve afternoons in the country for the pretty vistas, or worldwide travel chasing the exotic. The focus of my work has been on capturing the unique in the ordinary, the beauty in the mundane. Like the impressionists, I paint from everyday life and the world around me and share what I see, what so often goes unnoticed in our hectic modern pace: the unusual angle of a fork next to a gracefully draped napkin, the way a fly lands to busy itself on a flower petal, sunlight playing with colors reflected in a bit of standing water. I explore the play of light and shadow, and bring my subjects alive with color. The work grounds the viewer in concrete reality as well as the infinite and ever-changing possibility of the human and natural environments. I paint in oil, on large canvases.