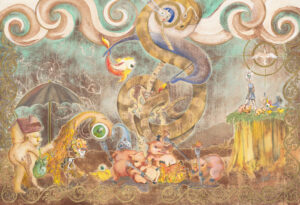 Born to a working class family in Brooklyn, New York, Roe LiBretto studied at the Brooklyn Museum, the School of Visual Arts, and City College of New York. While there, she held of variety of creative jobs including designing educational publication and customizing motorcycles.

Beginning in 1974, Roe exhibited abstract drawings and sculptures in juried gallery shows in: New York City; Paris, France; Brooklyn, New York; and Pittsfield, Massachusetts. During that time she received commissions, from the New York City Cultural Council, and the Massachusetts State Council on the Arts, to create public kinetic installations. Roe took a hiatus from exhibiting in 1985 and seven years later, migrated to New Mexico where she co-founded an award winning publication design company. Encouraged by her son, queer fantasy writer/illustrator Ywain Penbrydd, Roe began translating her allegorical apparitions for public exhibition in 2015.

Roe LiBretto's work has been internationally exhibited in juried and open gallery exhibitions, and is held in private collections in the United States and Europe. She has received private and public commissions and, in 2018, was designated a Local Treasure by the Albuquerque Art Business Association. 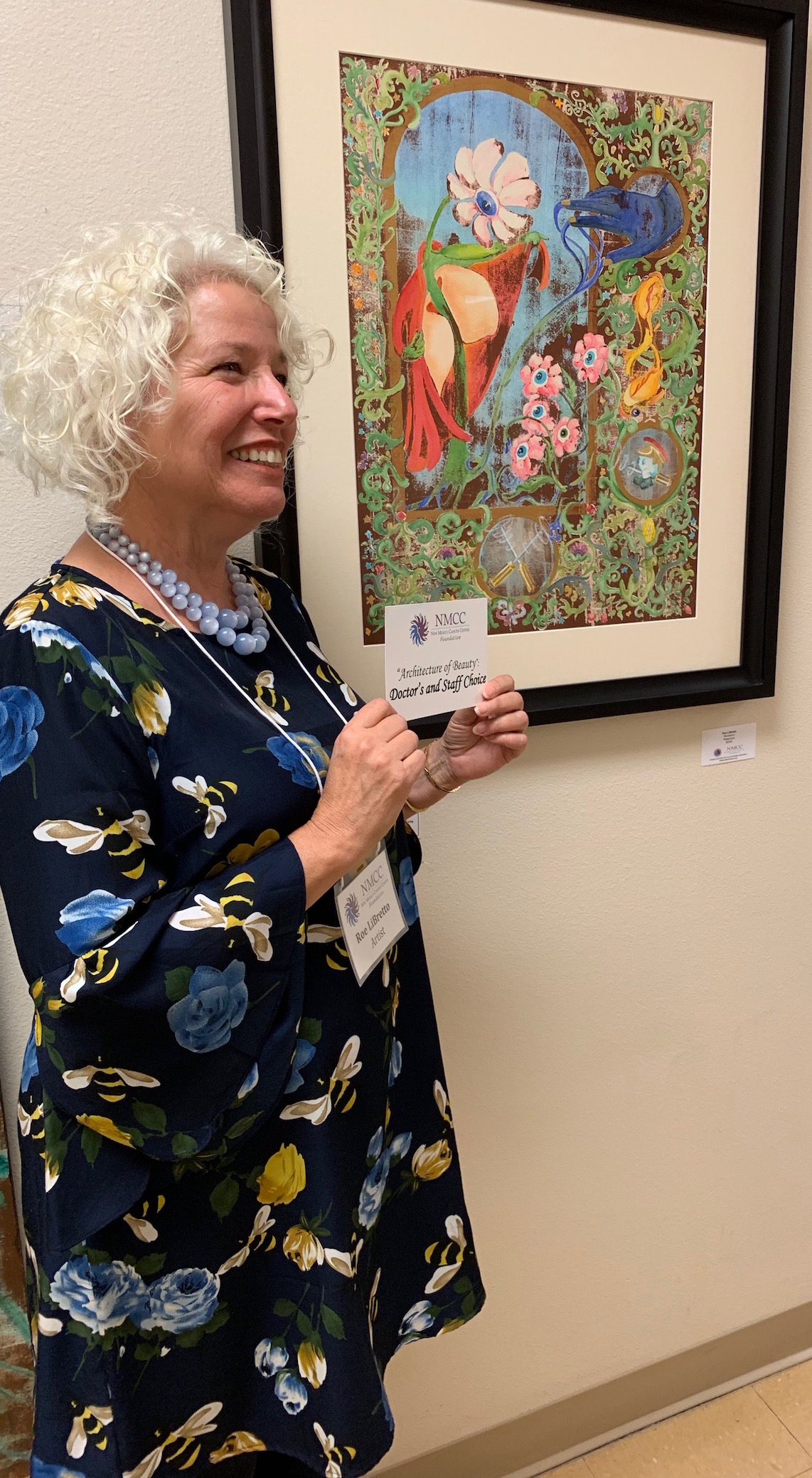 Each of us is a Fool on our journey through life, as we often fail to recognize the import of small life events, or scenarios, that might hasten our spiritual and material growth. In such cases, we're burdened by our ignorance and destined to repeat the scenario til we figure it out.

The work that passes through me becomes visual reminders of such scenarios. It bubbles from the cosmic consciousness, manifesting as movement at the edge of sight, or as a phrase-spinning DJ. The imagery comes in grainy texture as distorted as our century, but with a grain of salt. American humorist and film noir screenwriter, Leo Rosten said, “Humor is the affectionate communication of insight.” I think the cosmic consciousness is hip to that.

I capture these scenes with a technique I created that enables me to portray their disruptive texture. In each piece, I paint over the finished watercolor with a topcoat of tempera paint and, after that topcoat is dry, I wash the painting. The act of washing each painting ritualizes my acknowledgment that a painting is the physical manifestation of information found in what Carl Jung referred to as the collective unconscious. It is my way of relinquishing ego attachment. Though the technique is the same for each piece, the final texture varies depending on the underlying painting surface.

I'm not always able to interpret what appears before me, but I recognize the importance of recording and sharing it. I know that each painting contains a story with the ability to transmute lead for someone, bringing them one realization closer to their personal enlightenment. Knowing this makes me one happy little Fool.