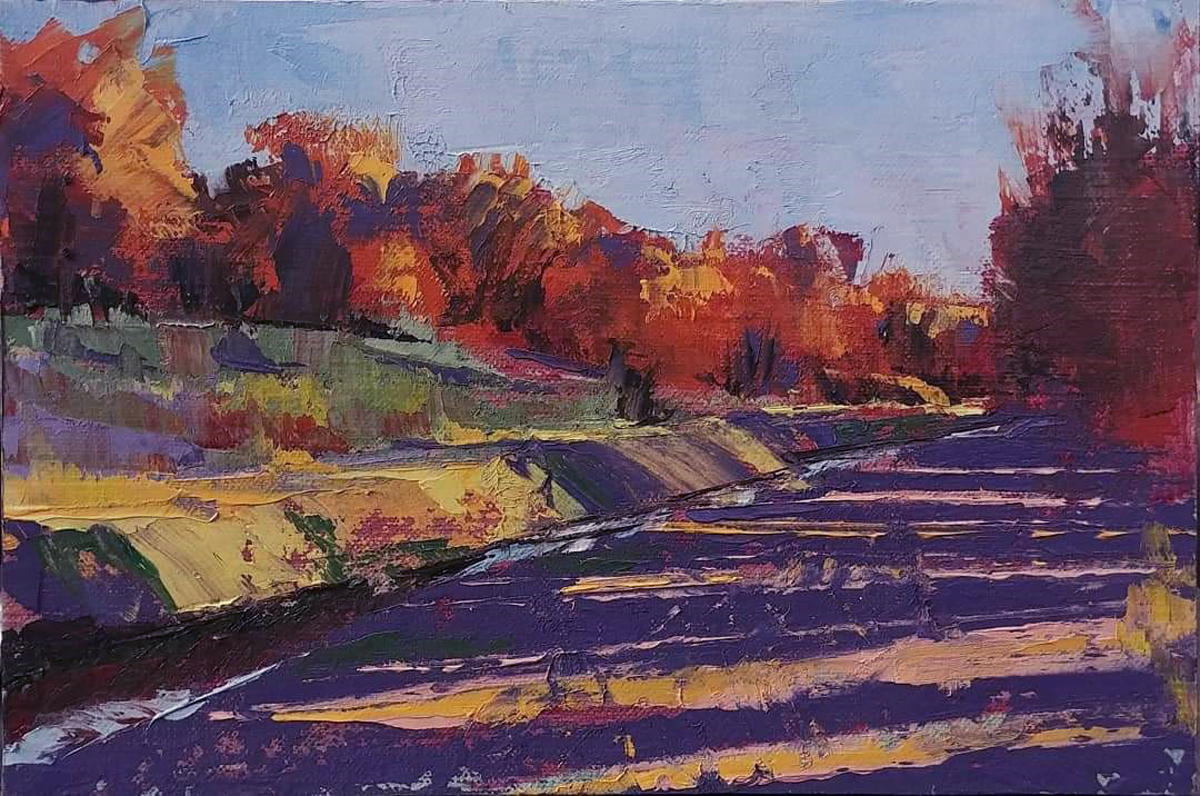 Monty Singer is Diné from Gray Mountain, AZ. He is Tangle Water Clan and born for Mexican Clan. Rock Gap Clan are his maternal grandparents’ clan and Salt Clan are his paternal grandparents’ clan. Mr. Singer was born in Tuba City, AZ and grew up on the Western edge of the Navajo reservation near Cameron, AZ. He attended public school in Flagstaff then moved to Belen, NM when he was a teenager. Mr. Singer’s father, Ed Singer, is a painter. He grew up watching his father paint in his Gray Mountain studio.

Mr. Singer took up painting with pastels and oils in 2005. The Alla Prima approach and painting In Situ are the framework and proving ground for Mr. Singer to engage a rapidly evolving skill set with oil painting. His work has shown and won numerous awards at art fairs such as the Santa Fe Indian Market, the New Mexico Masterworks Show and the prestigious Heard Indian Market. Mr. Singer’s work is in numerous museums and collectors.

Mr. Singer has volunteered as a juror for SWAIA (Southwestern Association for Indian Arts) and taught plein air painting. He supported the Standing Rock and the water protector movement by donating the sales of his art to raise money for logistical support to the Standing Rock Sioux in their resistance to the Dakota Access Pipeline.

My work is about the moment when the divide between subject and object disappear. To me, that is the very nature of working In Situ. My hope is to capture the energy of that moment in paint. I never wanted to be a painter, but now I consider it a sacred duty. And while my approach is somewhat classical in technique, my eye and my brush stroke are Indigenous in its history and vision.

Several years ago I began practicing Zen Buddhism and I fell in love with Zazen, the practice of sitting in silent meditation. My time in the field smearing paint is much like my time sitting on the cushion and staring at a blank wall in silence. In my experience, Zazen is the most direct route to experiencing the totality of truth and ultimate reality. In Zen practice there is no distinction between practice and experience. The Zazen that a “Zen Master” sits and experiences is the same Zazen that a raw beginner sits and experiences. I see it the same way with painting. The only thing acceptable is in the doing. Much like in Zen practice, there is no other way to be a painter than to get out every day and paint. That is the discipline I seek to cultivate.