Born and raised in the Midwest, Lois was lured to New Mexico by the incredible light and subtle colors of the Southwest where she has been a working visual artist since 1992. Initially a traditional watercolor artist, Lois has expanded into egg tempera, acrylic, and liquid watercolors on a variety of traditional and non-traditional surfaces. In addition to her gallery work, she has a variety of professional endeavors, including book design and production, illustration, and writing. Lois received her BFA with honors in Studio Art from the University of New Mexico. Lois is the recipient of the “Local Treasures” award, a published illustrator and author, graphic designer and she has exhibited widely in the southwest and beyond. 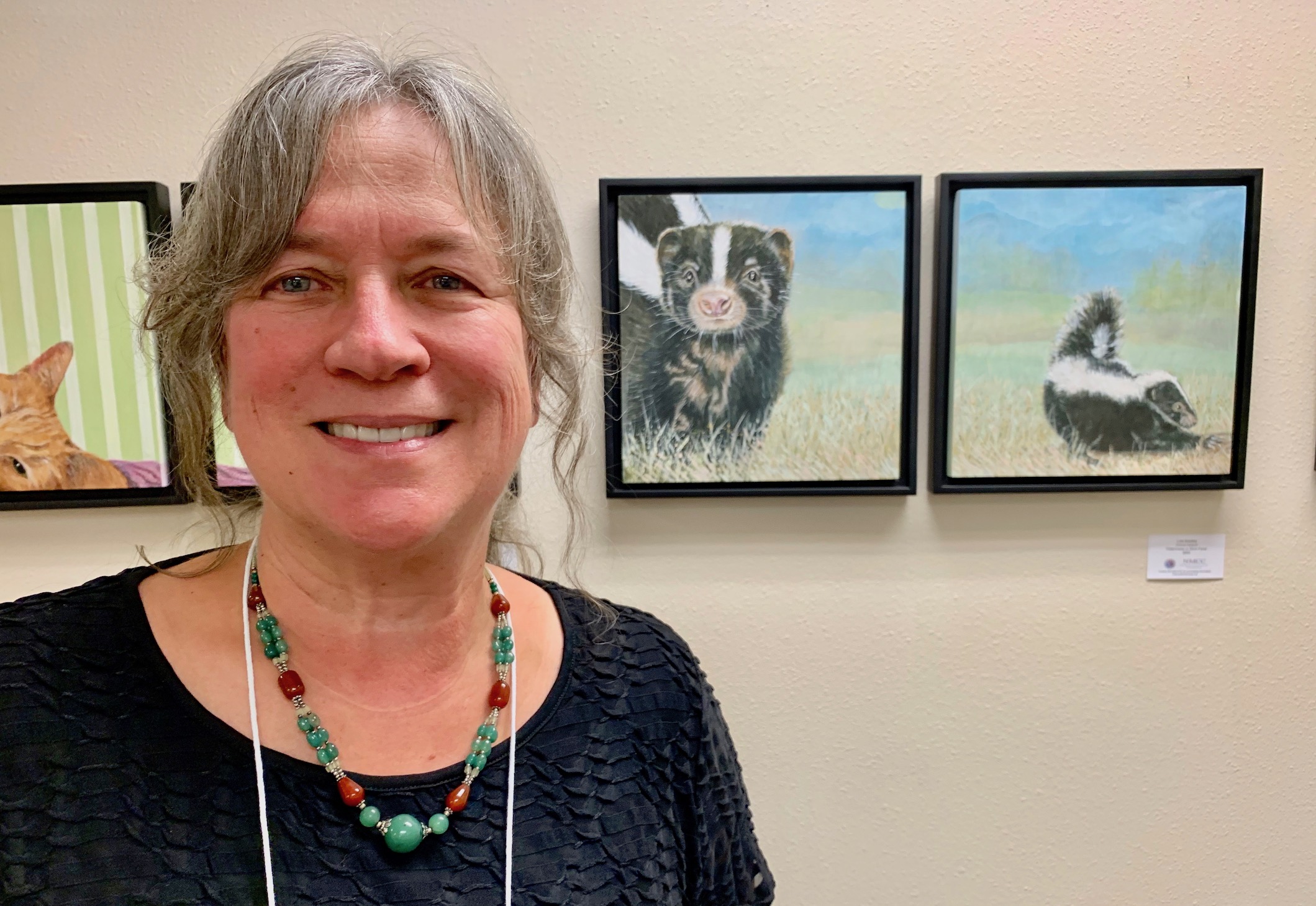 While individual aesthetic varies wildly, there are commonalities that universally describe beauty, namely shape, form, and color. The interaction of these elements and the creation of an emotional connection with the viewer within that structure impacts this perception. In the Mama and Baby series, Lois draws on these concepts to underscore her interpretation of beauty within the constructs of visual art.

When painting on wood panel, artists traditionally isolate the wood from the painting surface to prevent raising the grain of the wood, resulting in a perfectly smooth surface. In this case, the wood grain was deliberately raised, allowing the natural grain pattern to become integral to the painting surface. The interplay of the wood grain and the painting is representative of the underlying architecture that contains and supports the emotional relationship between the figures. The structure, the foundation that the relationship is built on, is integral to all aspects of life. The wood grain is incorporated into the textures of the various painted surfaces -- the fur, the water, the foliage – reinforcing that connection between the figures and the underlying structure.

The use of watercolor allows for a build up of transparent washes to create depth of color. A selective use of white paint softens the intensity of the pigment and allows for a transition between opaque and translucent areas in the painting while emphasizing the natural color and tones of the birch panel.

The set of two paintings represents both the separate and interdependent nature of the parent/child relationship. Parents and children are individuals but the relationship is a life-long interaction of interdependence. Each individual panel would be visually unbalanced if hung as separate paintings. When placed side by side, however, the interaction of the figures creates balance and symmetry, symbolically reconstructing this symbiotic emotional system.

Each person viewing these pieces brings an emotional backstory that influences individual perception of these paintings. Keeping that in mind, the use animals rather than humans as the figures in this series is deliberate, allowing for a more organic emotional connection. The parent/child relationship extends beyond humanity and most species depend on some form of nurturing and teaching to insure continued survival. And that sense of connection which promotes survival of all species is becoming increasingly more important in the current political and social climate.