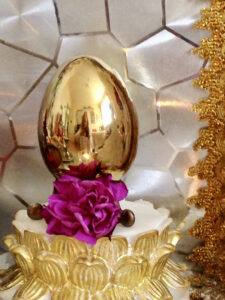 Irene Ann Garden is a New Mexico artist who now resides in Los Ranchos, NM. She is a retired certified nurse-midwife which she practiced for 35 years. She was born in Brooklyn, NY, spent her childhood in a Swiss boarding school, and received her Bachelors’ Degree in Fine Arts in Pittsburgh.

In 1973, Irene became a licensed Massage Therapist in Albuquerque. In 1976-78 she attended the University of Albuquerque and received her Nursing Diploma and became licensed as a home birth midwife. During this time she worked at UNM Hospital which was called BCMC (Bernalillo County Medical Center). Her goals shifted and she then went on to become a certified nurse-midwife and received her degree from the University of California in San Francisco in 1982, and then returned to practice in Taos. In 1992, Irene returned to the place of her birth to be a nurse-midwife for 6 years and then went to Las Cruces to practice at Memorial Medical Center. Her final 10 years of doing deliveries were at the Gallup Indian Medical Center and the University of New Mexico Hospital.

After her retirement in 2014 Irene became a volunteer at the Albuquerque BioPark and enjoys teaching awareness about stewardship of the earth and our relationship with animals.

Her inspiration to make things beautiful was always there in no matter what environment she found herself. Learning to use a camera was no easy task but she managed to put forth the effort and made it happen. She is now creating a new pathway for herself as an artist. Her images express her personal understanding of the depth and meaning of this life. Drawing from her life experiences her photography is in many ways about birth. That is birth of a new understanding of the mystery of this life. These images are part of her “9 Mysteries” series which eventually will comprise 9 themes with 9 photographs each. In this exhibition Irene is presenting Mystery # 3 – Shadows, and Mystery # 4 - Reflections. She exhibited the first two themes at Gallery with A Cause in 2018. 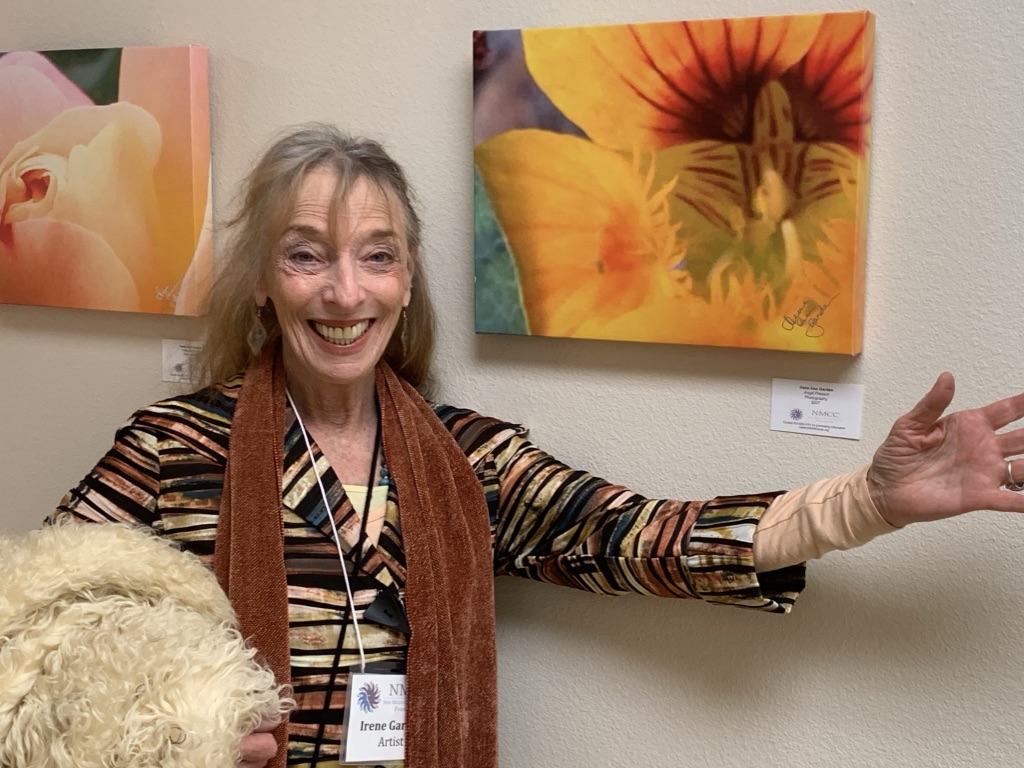