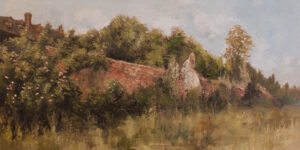 Gloria Grace Blinn was born in Casper, Wyoming in 1986. Growing up in a large family with four brothers and four sisters, she often escaped into her imagination to find solace and let her creativity come to life. In high school an art teacher recognized this creativity and convinced Gloria to enter a simple pastel drawing into a state art competition where she won a first place award. Gloria did not have more opportunity to pursue her art until college. She did however, have the opportunity to travel internationally to England and Ireland, and also did charity work in Seoul South Korea.The traveling experiences increased her keen awareness to a world of beauty around her.

She decided to pursue graphic design in college. She started her studies at Pensacola Christian College in Florida. There in a Calligraphy class, the beauty of the thick, graceful lines gave her inspiration. Back in Wyoming she began to study painting under Nancy Madura.With the encouragement from another local artist Betty Downing, Gloria began her study in two dimensional art. Gloria started to develop her painting using acrylic paints, and then worked with oils to create diversity between mediums. The ability to manipulate the paints was quickly becoming a fascination of experiment for her. Gloria started to develop a depth of understanding in value and perception.

Gloria credits her inspirations to painters such as John Atkinson Grimshaw and Yurly Shevchuk. She also acknowledges great inspiration from Wyoming Artist Vivian Crandell in the motivation to pay attention to detail and strive for excellence in her work. Impressionism has greatly influenced her aspirations.

Gloria was able to show her work at the Nicolaysen Art Museum in Wyoming. She moved to Albuquerque, NM to continue a more concentrated study of art and graphic design at the Art Center design College, now Southwestern University. She won three gallery awards while attending. She donated art at an art auction funded by the college where her art won her popularity and businesses around Albuquerque asked her to show her art. In one she developed a permanent exhibit, creating an opportunity to develop personal clients and receive many commissions. In fall of 2013 she won the Quick Draw award in the Corrales Plein Air competition. She was also represented through Gathering Artists Gallery. In 2014 She was awarded a prize for the sunset painting competition. She has taught personal art lessons and workshops. Gloria has had gallery exhibits in Santa Fe New Mexico. She has also developed private collectors in Spokane Washington and Chicago Illinois. 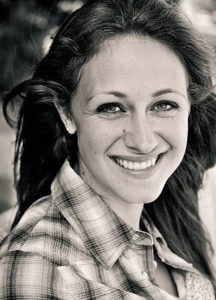 Stories and emotions are a reflection of life portrayed in the inspirations captured through the medium of thick oils. The lives that surround me and the life that has been given to me inspires me to convey the story I experience in daily activity. Life creates a story, I paint to illustrate the moments. Beauty causes deep emotions of joy and fullness. Conveying these emotions by recreating beauty draws me to worship.