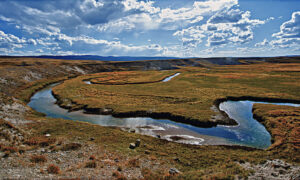 Glenn is a fine art photographer and printer in Albuquerque, NM. He has provided hundreds of photographic prints for collectors, and his memorable images have been shown nationally and internationally for over 20 years in museums, exhibits, public works, billboards, advertisements, and publications. One of his images was featured at Dulles Airport and the National Cathedral in 2013. He has served for years as a photographic judge in New Mexico and nationally.

He holds the degrees of Master of Photography and Photographic Craftsman from the Professional Photographers Association of America. He was granted Life Membership in both PPA and the invitation-only American Society of Photographers. He served on the Albuquerque Public Arts Board from 2008 to 2011 where he was instrumental in the support of public art and artists in Albuquerque. He was a member of the New Mexico Cancer Center Foundation Board where he supported their Gallery With a Cause.

Glenn’s artistic vision was developed from a mutual appreciation of both science and art. His scientific work involved advanced optics understanding that he has applied to his photography and printing. His PhD is from Stanford University, his MS and BS degrees from the University of Illinois – all in Mechanical Engineering. His technical work includes Sandia National Laboratories, Haleakala Maui Observatory, Bell Laboratories, Lockheed Missiles and Space Company, Stanford University, and others. His art and photographic education were developed through workshops and self studies.