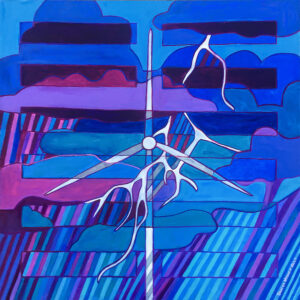 Denise Weaver Ross has lived and worked as an artist, designer and muralist since arriving in Albuquerque on New Year’s Day in 1996. As an artist, she explores her understanding of the world through images richly layered with mythological, natural, cultural and historical references. For her, the magic happens when disparate images combine to make a new and unexpected image with layers rich with hidden meaning.

Denise is known for her large thematic series such as House of Cards, Legendary Creatures, I Ching and her newest series, Postcards to America, as well as her four murals, the most recent of which is on the corner of 2nd Street and Coal Avenue in downtown Albuquerque.

In the current show, she has work from the I Ching and Postcards to America series, both currently in progress. In her I Ching series she combines symbolic and mythological imagery with the yin and yang lines of the 64 hexagrams of the I Ching, the 2,000-year-old Chinese divination system. 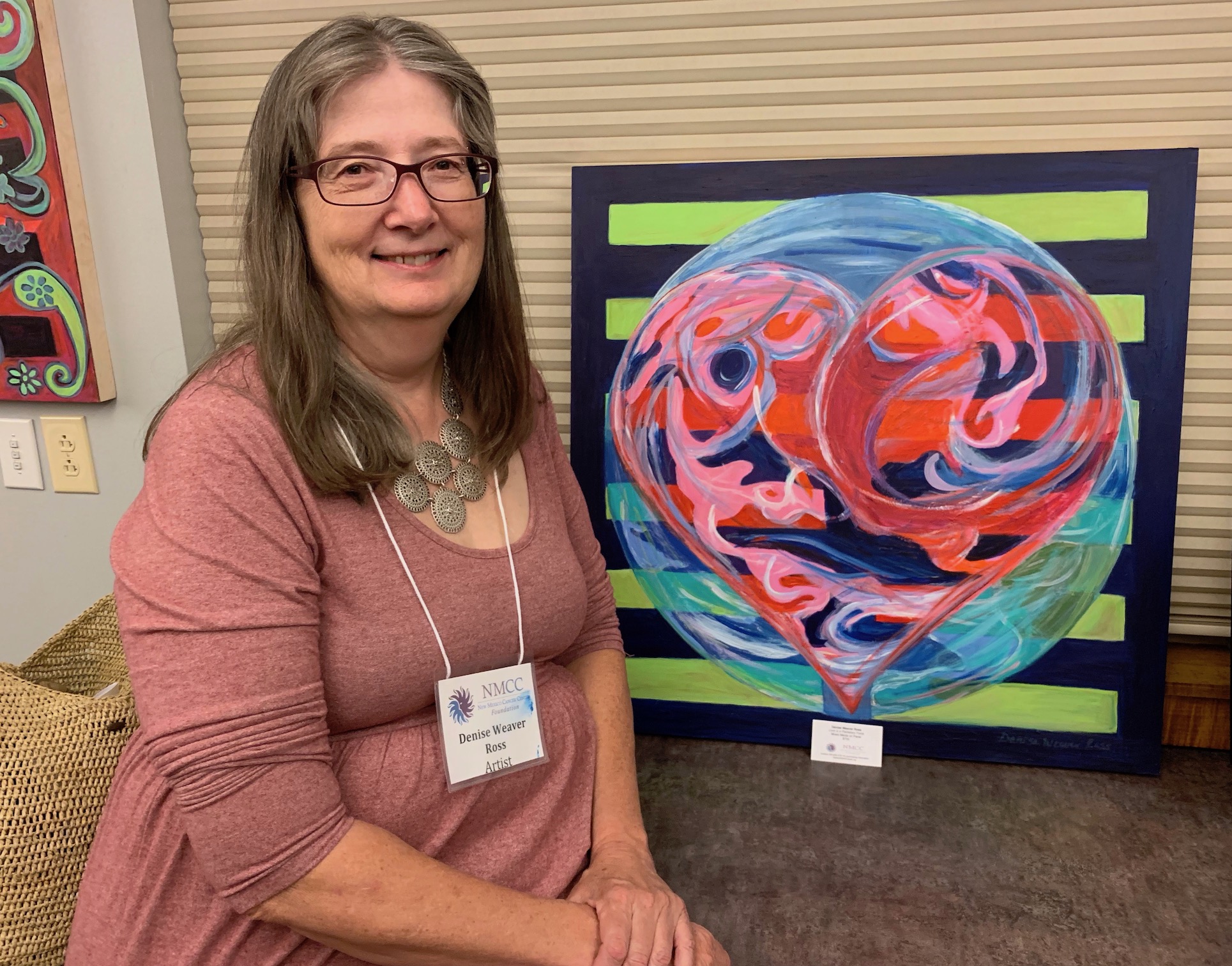 In Postcards to America, she explores events and systemic problems in each of the fifty states, in which the postcard dream of America is in direct conflict with its reality.

Denise graduated from the University of Massachusetts in Amherst with a MFA in printmaking. She has exhibited in galleries and museums both nationally and internationally