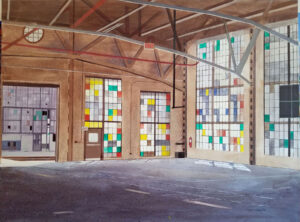 Chuck Gibbon has been featured as “An Artist to Watch” in ABQ Arts magazine. A lithograph of his, done in a collaborative class at UNM’s Tamarind Institute, was included in the 2002 Montreal Miniature Print Biennial. His painting East Central was selected for the 2003 Magnifico Albuquerque Contemporary Art Show at the Albuquerque Museum. In 2005 one of his works, The Palace, was included by request of the organizers in an architecture exhibition at the UNM Art Museum. Two of his paintings are reproduced in the book, Historic Albuquerque, commissioned by The Albuquerque Conservation Association. The City of Albuquerque purchased two of his paintings in 2008; they are now on exhibit at the downtown Main Library. He has had several one artist shows. A book concerning his work, “Albuquerque Painted: Twenty Years of Work by Chuck Gibbon” was published by DSG Fine Art in 2017.

His educational background is in engineering (B.S., Univ. of Kansas, 1960; Ph.D., Notre Dame, 1965), which he practiced professionally for over thirty years. As noted above, more recently he has earned sixty hours of credit in art and art history from the University of New Mexico. He is married to Judy who is a retired APS teacher and administrator. They have three grown children, Christopher, John and Jane. Judy and Chuck have lived in and appreciated Albuquerque for more than forty years. 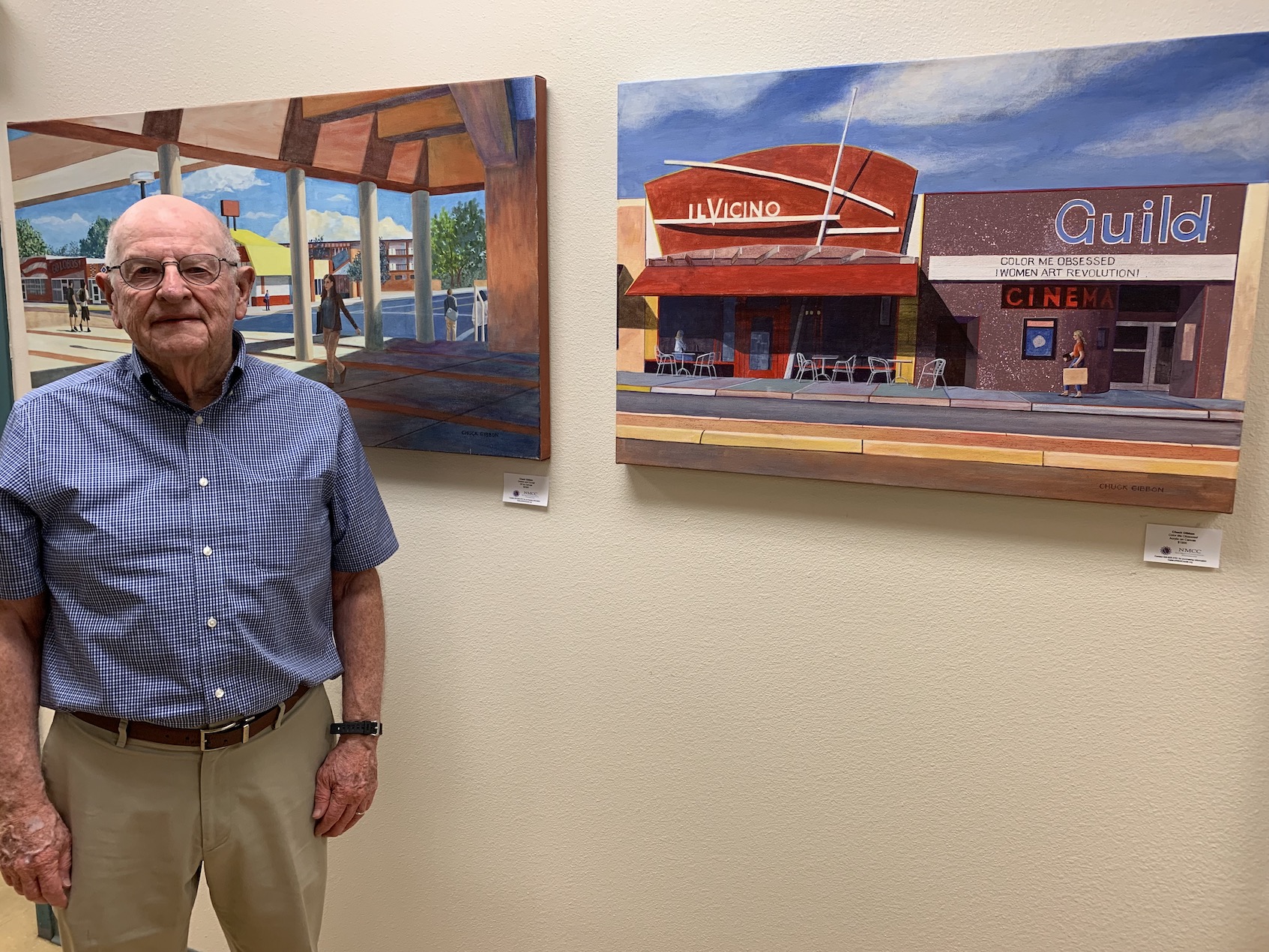 My work is about Albuquerque as a contemporary urban area and a quintessential Southwestern city. It is a complex, spread out place situated in a wonderful high-desert valley.  Albuquerque’s beautiful surroundings, distinctive architecture and evolving character make it a unique place for visual artists. In recent years, I have worked particularly on the downtown area.

I walk around the streets of the Albuquerque business district and through its various buildings and create drawings, watercolors and take photos. My work is based on these visual references. The paintings present a sometimes-empty downtown often in an idealized state. The Albuquerque central business district is not a model of architecture and planning, but it does have many interesting and historic aspects.

Making visual images of urban settings has a long history. My own work is undoubtedly influenced by this tradition. I also do some abstract and semi-abstract pieces. Recently some of my work reflects an interest in space and cosmology as well as architecture in a more general sense.