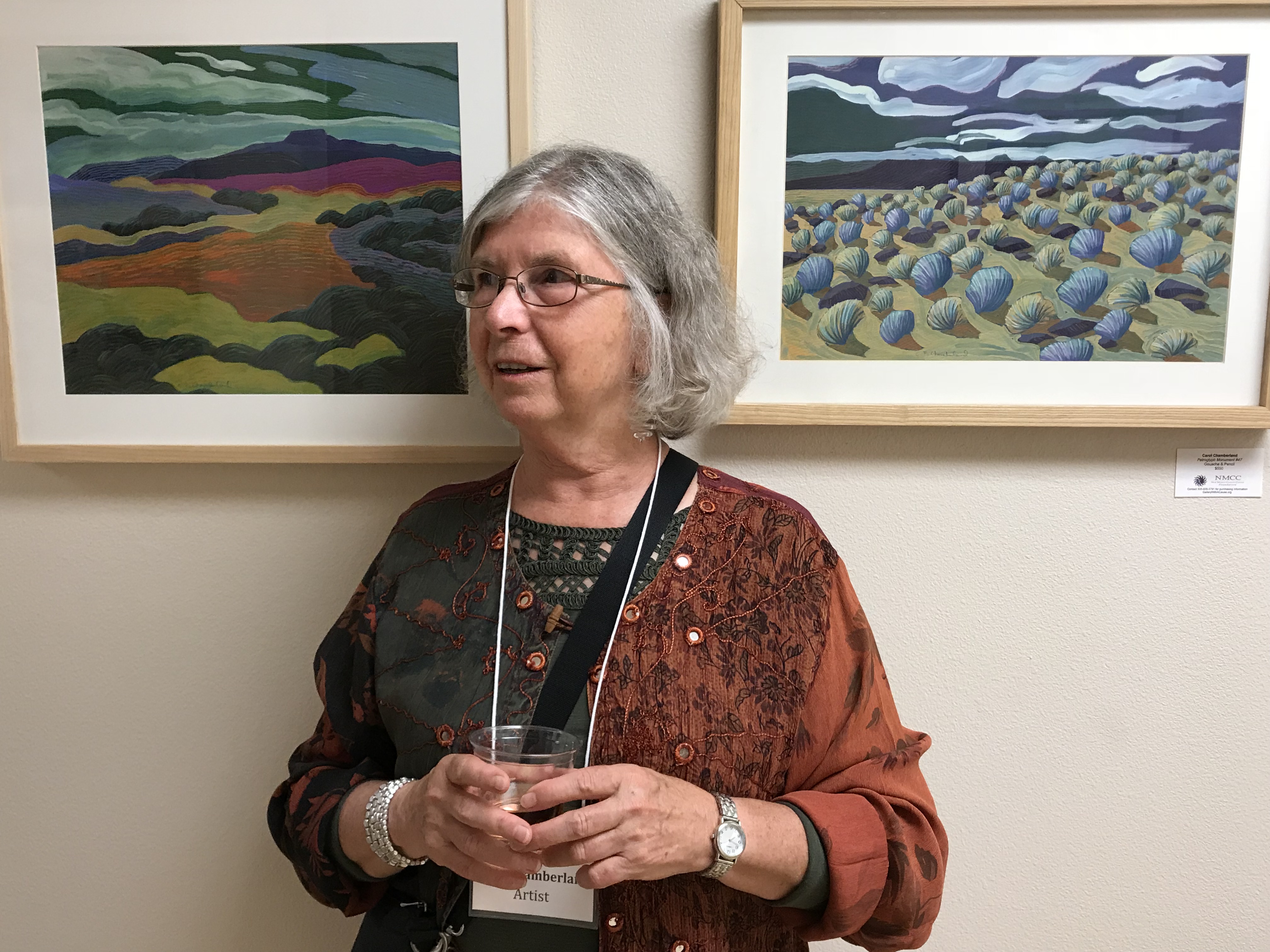 As an artist and outdoor enthusiast, Carol Chamberland finds inspiration in the wild landscapes of New Mexico. She holds a BFA in Painting from Arizona State University, plus an MA and MFA in Conceptual Design from San Francisco State University. Her recent works include mixed media paintings, digital print media, and photography.

She serves as a docent at the Albuquerque Museum of Art and History. Carol also leads a crew of archaeology volunteers for the Bureau of Land Management. In 2015 the New Mexico State Historic Preservation Office honored her with an Individual Achievement Award. The U.S. Department of the Interior granted her the 2015 National Volunteer Award for Making a Difference on Public Lands. 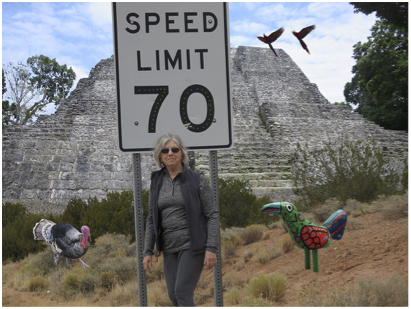 As an artist and outdoor enthusiast, I find inspiration in the wild landscapes and dramatic history of New Mexico. My gouache and pencil paintings borrow elements from my interests in geology, archaeology and hiking. Taking cues from art history via the Fauves, Expressionists, and Paleolithic cave painters, I create brightly colored semi-abstract visions of remote backcountry locations that can only be visited on foot. Though they represent actual places, elements of design and color are elaborated for emotional impact. Each composition requires several steps in a lengthy process of layering colors upon colors and pencil upon paint. The resulting vibrancy would be impossible to achieve with a single pass of color.
For my recent residency in Mesa Verde National Park, I incorporated the physical evidence of ancient peoples into my gouache and pencil landscapes.

Ancient rock art has fascinated me since childhood, and I have gone to great lengths to visit remote sites around the world. As an archeology volunteer for the BLM, I founded an ongoing project to record rock art on public lands. In this capacity, I am blessed to visit sites that most people will never see. I feel the lingering spirit of the ancient ones and imagine how they might view the current surroundings if they could return to life. Sometimes the landscapes are pristine, but more often there are roads, power lines, vapor trails and fences.

This graphic series celebrates the vision of the ancient artists with the utmost respect for their craft. Each image is carefully drawn, then digitized and superimposed on a graphically enhanced photograph of the landscape where the petroglyph resides. I wish I could speak with these ancient artists, but this is the closest I can come.