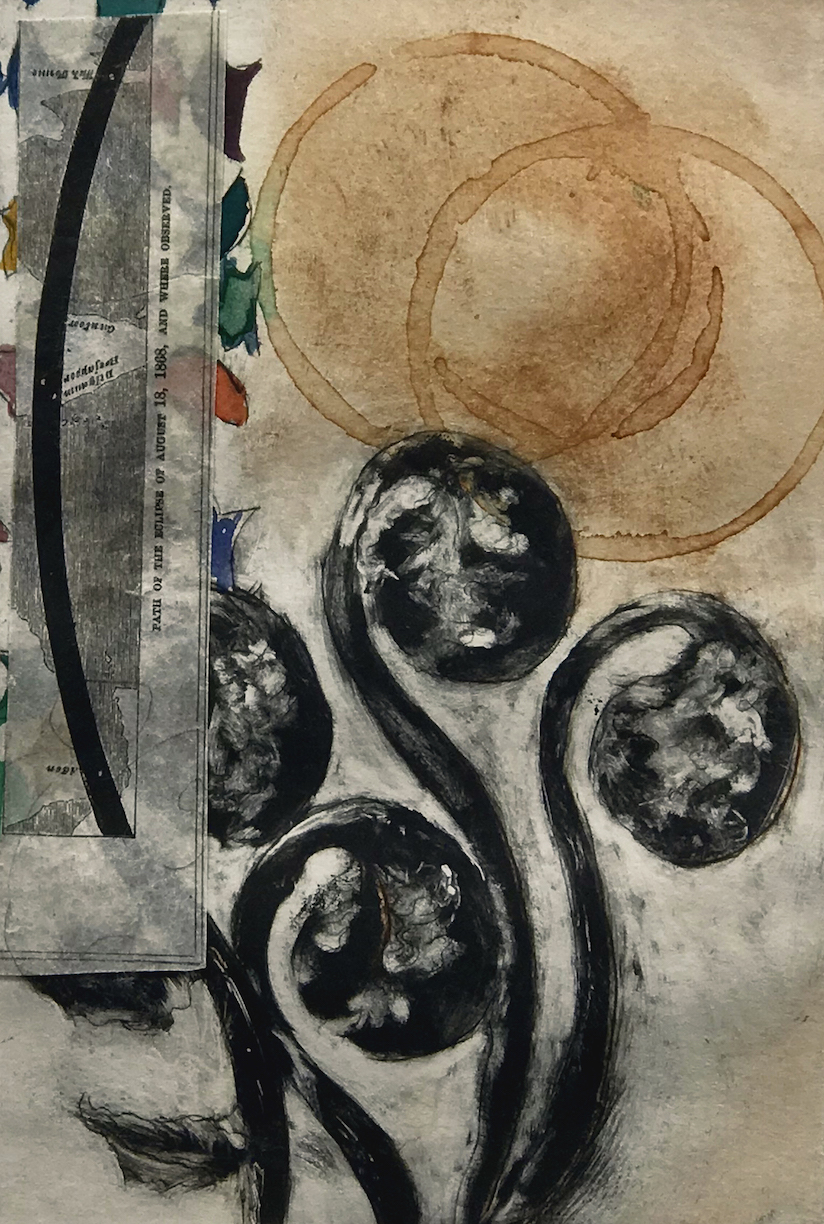 Anne Hirsh Greene was born in Great Neck, NY, and grew up outside of Philadelphia, PA. She attended Maryland Institute of Art, San Francisco Art Institute, and received a BFA from the California College of Arts and Crafts. Hirsh Greene is a painter and printmaker, and creates luscious and playful abstractions that are both graceful and bold. Her work blurs distinctions between painting, traditional printmaking and letterpress typography. Hirsh Greene often employs a collage sensibility, layering both historical information and materials - a mixture of language, communication, cultural icons and associations, with traditional oil paint, pastel and Intaglio processes. In 2009, Hirsh Greene became the 6th grade art instructor at Albuquerque Academy. She also continues in her role as Master Printer/Co-Director of Hirsh Greene Press, a fine art Atelier established in Oakland, CA, 1984, and is currently located in Bernalillo, NM.

I combine my love of drawing and painting with printmaking in order to blur the distinctions between media. Process is an essential part of the content of my work, because I want to discover a composition, rather than impose one. Meaning gradually evolves and is revealed through the act of layering. What remains visible on the surface is strung together and supported by tracings of pentimenti, the ghost markings of what previously occupied the space. Veiled information, fragmented notations and bold letter forms appear to float on a field of history, alluding to a sense of both past and present. The completed work is a record and mapping of sorts, documenting my journey-like process. The accumulation of marks, found paper scraps and painted information, is both a literal layering of imagery, and a metaphor for memory. They are poetic mixtures of language, communication, cultural icons, and historical references brought together to create new meanings. I am inspired by the Capitulare de Villis and the notion of attempting to take inventory of everything in our domain, prospecting the visible world that surrounds me in order to find the hidden intrinsic beauty of things.