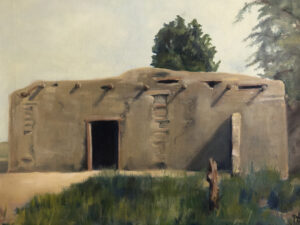 I believe art is an expression of the expansion of the creative universe, ever expanding and unfolding. I don't really plan some paintings. I may have an idea and start to paint; and the painting begins to express itself. Of course, with landscapes, and portraits, that may not happen because the subject is right there before my eyes.

My perpetrator series of intertwined figures represent my past abuse by an evil man. I later published my memoir Hush Hush and Other Veneers. The book is about my life during this time and how I managed to survive.

I have painted since I was a little girl. I began painting with a canary wing feather and food coloring. I lived on a farm far from traditional art supplies. In the 1980's I attended The Art Student' League and the National Academy in New York City. I didn't have to pay for most of my classes because I was a monitor for Daniel Dickerson. I am lucky to have had the opportunity to paint and write.