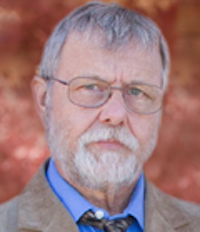 Experience & Interests: Dr. Clark moved to New Mexico in 1986 where he joined the staff of the Veterans Administration Medical Center in Albuquerque. From March, 1992 through 1999 he served as Chief, Hematology-Oncology section at the VA Medical Center as well as Associate Professor of Medicine at the University of New Mexico. He joined NMOHC in March of 1999. Dr. Clark received the People’s Caring Award presented by People Living through Cancer in 2010.